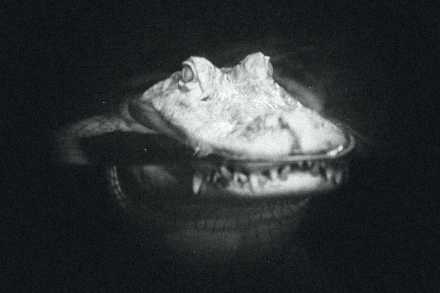 It was by getting drunk on all the bottoms of the bottles that I had scattered here and there in the family apartment that I had given myself the courage to face this day. I was prepared for it; the date had been set for months. It seemed distant, indistinct, like a vague mirage that would never happen anyway. But that day arrived, this January 9, 2019. A beautiful, dry cold day with the sun so harsh that it revealed my drunkenness in all its violence and cruelty. On January 9, 2019, I staggered to the front door of this clinic that will be my refuge for the next three weeks. As I write these words, it has been more than two years since I have touched a drop of alcohol, a hard drug whose addiction, once established, is even stronger than heroin. This sweet poison that can be found on every street corner, in every bistro or in every grocery store. Little by little, I fell into this addiction and, in a burst of lucidity, had the courage to take myself in hand, before the addiction took hold of me for good. This intimate diary composed of impressions, snapshots, more or less abstract forms, expresses a state of being ambivalent, between strength and fragility, between pride and shame, a universe where temptations are like wild beasts lurking in the shadows and ready to jump down your throat. The lack is there, more or less manageable from one day to the next, filled by a battery of medications that are just as difficult to get rid of. In the course of these images, one question remains unanswered, will I drink again one day, or will I choose abstinence until death ensues? I still wonder today. Stopping alcohol transforms a life. The relationship to the world, to one's body, to others and to time is no longer the same: the whole structure of existence is shaken and finding a way to fill the void left is not easy. What motivated this gesture is in a word: "alcohol" which, in Arabic, can be translated as "the liar" or "the veil". I made the choice to lift this veil.

In 2014, I produced a photographic investigation about the resurgence of slums in the Paris suburbs, sixty years after the first immigrants from Algeria settled in these insalubrious shacks where Roma people have now taken their place. This work marks the beginning of a growing interest in the place of the image in the collective memory. While working on assignments for several newspapers and companies, particularly during the French presidential elections in 2017, I started to work on documentary projects in the USA and Corsica regarding the impact of severe weather and specific geography on people, especially on their faith and spirituality. In 2018, I co-created the NGO / investigative media Disclose. My life journey has also led me to work on a more personal series. On January 9, 2019, I entered rehab to separate myself from alcohol that was taking an inordinate place in my life. This series, ETHANOL, recollects in the manner of a diary composed of impressions, snapshots, a transient state of being between strength and fragility, between shame and pride. This work was exhibited during the 2020 edition of the photography festival Circulation(s). As my photographic practice develops, I tend towards an aesthetic where intimate and documentary storytelling mix-up in order to create the most immersive narrative possible and thus offer the viewer an admittedly fragmented, truncated vision of reality, but in an honest and unvarnished approach where imaginary meets reality.