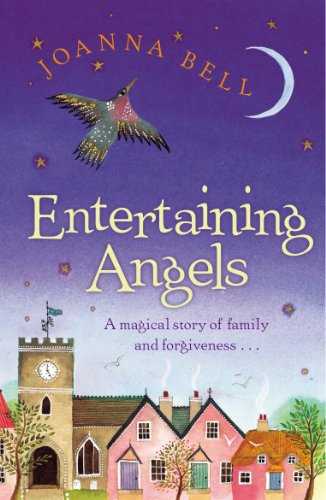 Joshua Gilfoyle has decided there are two things he wants from life before he dies: to find his lost son and to commission an artist to produce his lasting legacy - a new angel for Foxbarton church.

His family can't understand why he's already bidding his life farewell, but Joshua is not a man used to opposition. However Julia, the artist he's employed, doesn't believe in angels - unlike her daughter Hebe. Although she's desperate for the commission, she's frightened her artistic inspiration has run dry and is beginning to wonder whether making the angel is beyond her ability.

But as Hebe's extraordinary gift begins to affect everyone around her, including even irascible old Joshua himself, there seems to be more than a touch of magic in the air as the mysteries of the past finally begin to reveal themselves.

Joanna Bell is a GP who lives in a Suffolk cottage with her husband, six children and a vast number of thatch spiders. She was one of the first women at Caius College Cambridge, but has also worked as a night poeter and a topless dancer. She spends her spare time giving lifts to her children. She is afraid of nothing, but even so, her husband deals with the spiders. --This text refers to an out of print or unavailable edition of this title.