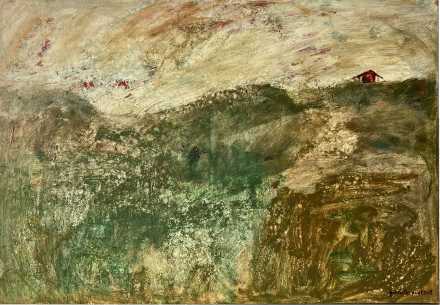 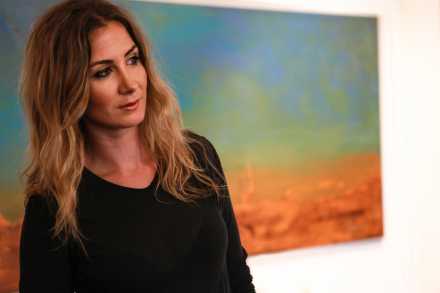 Gabrielle Pool is an established artist recognised as much for her innovative painting as for her explorative spirit. Originally from New Zealand, she has travelled extensively and honed her inventive skills in some of the most eclectic locations on the planet. From an early mentorship in Japan, she has created her own residencies at their creative source – from traditional techniques in the Chinese Guilin mountains, to rough-hewn innovation on the remote banks of Southern Ethiopia’s slow moving Omo River.  Left without assistance by a National Geographic producer to immerse with the vanishing Hamer tribe, Pool developed an original painting technique using the tribe’s traditional body paints and pigments. Pool has been exhibiting globally since 1993. In 2004 she was invited by Nelson Mandela to collaborate in the 2004 Unity Series. A finalist in the Sir John Sulman Prize, Mosman Art Prize and Paddington Art Prize, she is best known for her large-scale commissions now held in private and public collections. Pool’s work has also been featured by various media outlets including TVNZ and National Geographic.

Gabrielle currently lives and works in her studio in Mullumbimby, and is the owner of Peek Gallery in Byron Bay.