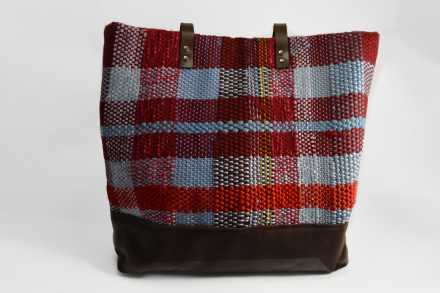 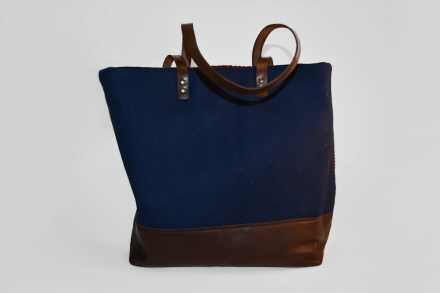 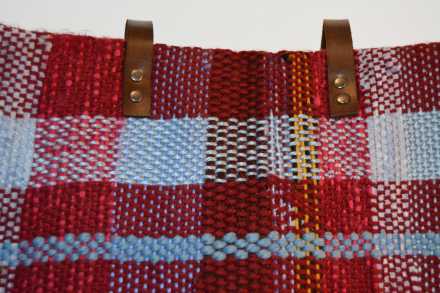 “Francis Fox taught me basic weaving during an Arrowmont Arts Weekend.  Eight women from California came to the much-anticipated annual weekend, and four took the weaving class.  It was so much fun that I continued weaving when I got home.  This handbag is a sample of my "functional weaving".  I have given these to special friends, who tell me they are showered with compliments (that's what they say!).  The bag is perfect for computers, notebooks, overnighting and more!  It is finished by a friend in Portland and should give years of wear.  I hope you enjoy it as much I enjoyed weaving it!”

Deborah Coburn Rice has a multi-media background.  She worked as a production assistant for ABC Sports on four Olympics, Monday Night Football, Wide World of Sports, PGA Golf, NBA Basketball, Superbowls and more.  She was a TV weather and Entertainment reporter for ABC and NBC stations, did 100+ commercials for radio and television, and was a radio announcer.  She is the president of Concept Advertising and Public Relations with clients such as Dr. Dean Edell, Scientific Atlanta, Polycom and five divisions of Sony Corporation.  She is a past president of Saratoga Rotary, and has held numerous positions for Rotary District 5170.

Debby first visited Arrowmont in 1975 when she was working in television in Dayton, OH. When she served as chapter president for the Pi Beta Phi Fraternity for Women at University of Oregon, Debby was responsible for the annual Arrowcraft sales to support the School. Debby serves as Secretary on Arrowmont’s Board of Governors.