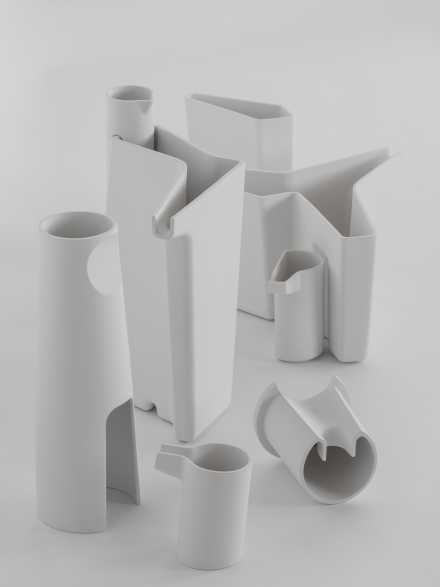 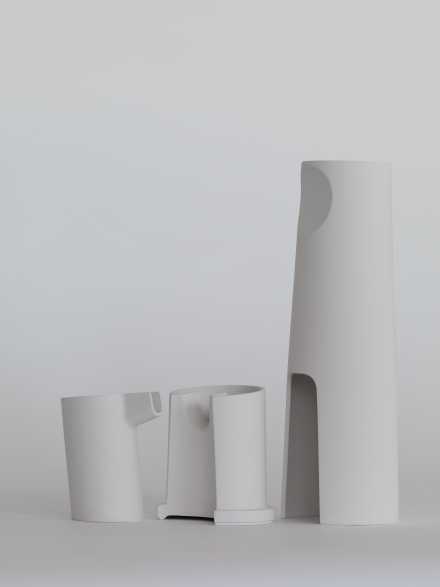 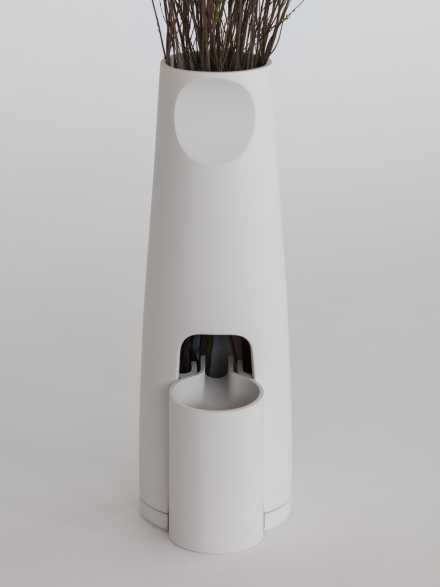 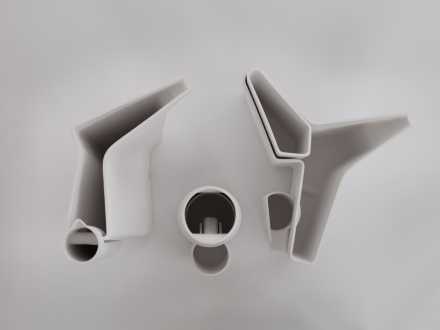 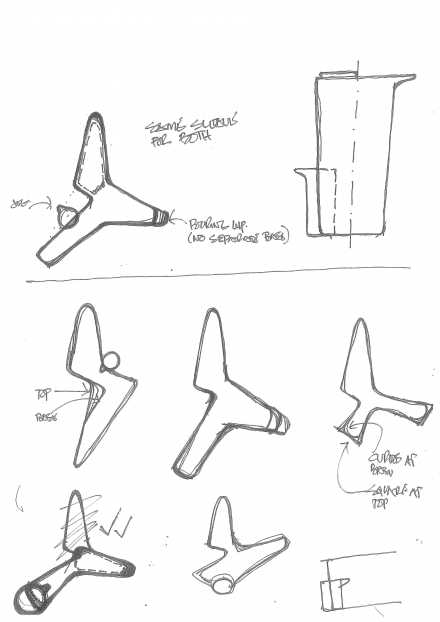 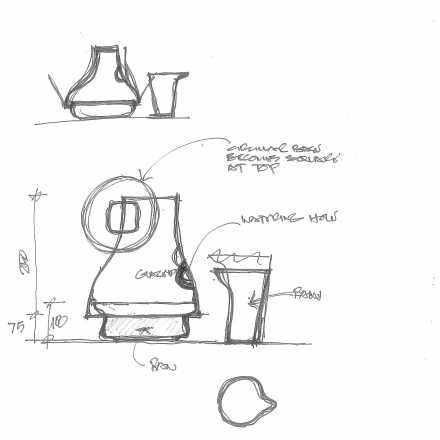 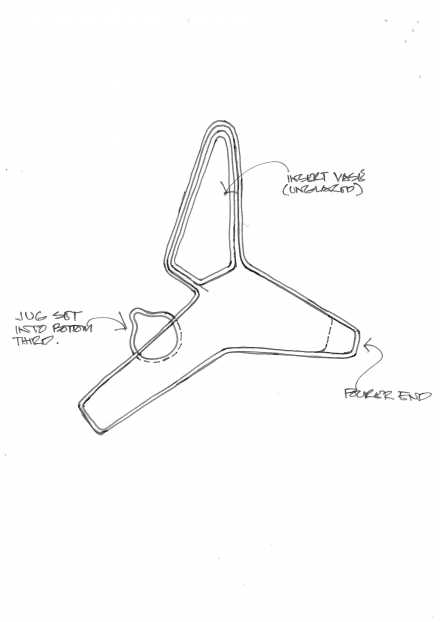 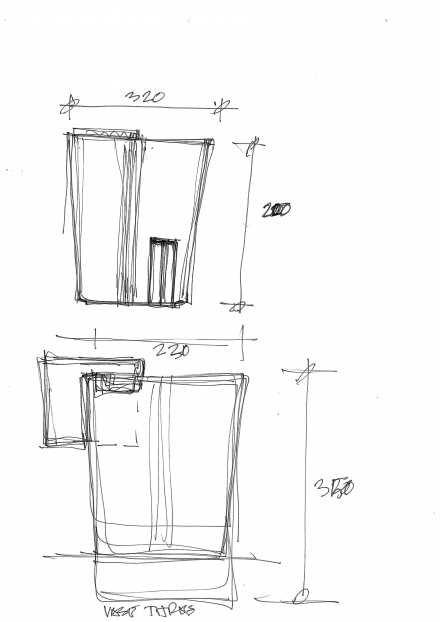 The system vases were devised as vessels of constituent parts that accord to the ritual of tending to flowers over their short life.

In the same way that a house will contain separate spaces that accord to the various functions of living, these vases each have a series of elements that, house-like, provide individual function but interlock to become a whole object. Each, in various ways, stores, discharges and refreshes water whilst holding and shaping the arrangement of flowers and providing variant opportunity for display. Like a house, each can be appreciated in the round with quite distinctively different elevations.

The name System Vases refers also to the System Gardens of the Victorian era that lay out horticultural displays in accordance with the evolutionary system of classification for scientific and educational purpose.

John approached artist and industrial designer Simon Lloyd for assistance with this project, and through many conversations and much drawing, modelling and an iterative process of prototyping, three vases were produced.

This year, the Systems Vases featured in the Australian Design Centre’s 20th anniversary exhibition of WORKSHOPPED20 and John Wardle & Simon Lloyd were presented with the WORKSHOPPED20 Established Designer Award.

This item is a signed concept print and one of the first protype sets of two. As with the nature of such endeavours, each vessel exhibits a series of imperfections. They represent the nature of experimentation and our endeavour to craft an inexorably difficult series of ceramic objects. To us this makes them particularly interesting.