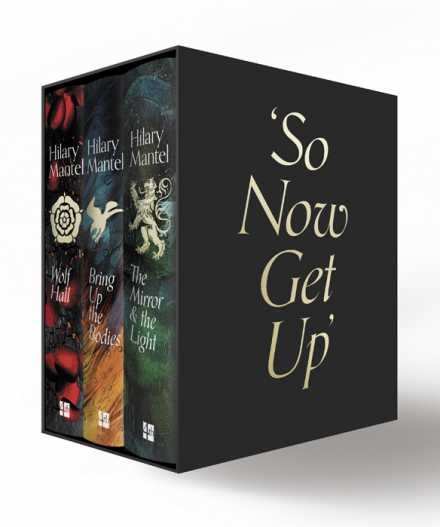 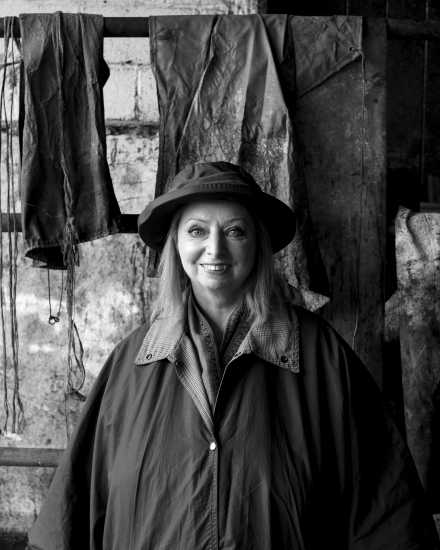 An amazing chance to win a special box-set containing Hilary Mantel's three stunning masterpieces: Wolf Hall, Bring Up The Bodies, and The Mirror and the Light. Dame Hilary will also handwrite the first sentence of each of the novels and sign the title page on each edition.

Hilary Mantel was born in Glossop, Derbyshire, England on 6 July 1952.

She studied Law at the London School of Economics and Sheffield University. She was employed as a social worker, and lived in Botswana for five years, followed by four years in Saudi Arabia, before returning to Britain in the mid-1980s. In 1987 she was awarded the Shiva Naipaul Memorial Prize for an article about Jeddah, and she was film critic for The Spectator from 1987 to 1991. Her novels include Eight Months on Ghazzah Street (1988), set in Jeddah; Fludd (1989), set in a mill village in the north of England and winner of the Winifred Holtby Memorial Prize, the Cheltenham Prize and the Southern Arts Literature Prize; A Place of Greater Safety (1992), an epic account of the events of the French revolution that won the Sunday Express Book of the Year award; A Change of Climate (1994), the story of a missionary couple whose lives are torn apart by the loss of their child; and An Experiment in Love (1995), about the events in the lives of three schoolfriends from the north of England who arrive at London University in 1970, winner of the 1996 Hawthornden Prize. The Giant, O'Brien (1998) tells the story of Charles O'Brien who leaves his home in Ireland to make his fortune as a sideshow attraction in London.

In 2003, she published Giving Up the Ghost: A Memoir - an autobiography in fiction and non-fiction, taking the reader from early childhood through to the discoveries in adulthood that led her to writing; and Learning to Talk: Short Stories (2003).  Beyond Black (2005) tells the story of Alison, a Home Counties psychic, and her assistant, Colette. It was shortlisted for a 2006 Commonwealth Writers Prize and for the 2006 Orange Prize for Fiction.

In 2006, Hilary Mantel was awarded a CBE. Her novel, Wolf Hall (2009), was the winner of the 2009 Man Booker Prize for Fiction and the Walter Scott Prize andwas shortlisted for the 2009 Costa Novel Award and 2010 Orange Prize for Fiction.

About The Mirror and the Light:

The long-awaited sequel to Wolf Hall and Bring Up the Bodies, the stunning conclusion to Hilary Mantel’s Man Booker Prize-winning Wolf Hall trilogy.

‘If you cannot speak truth at a beheading, when can you speak it?’

England, May 1536. Anne Boleyn is dead, decapitated in the space of a heartbeat by a hired French executioner. As her remains are bundled into oblivion, Thomas Cromwell breakfasts with the victors. The blacksmith’s son from Putney emerges from the spring’s bloodbath to continue his climb to power and wealth, while his formidable master, Henry VIII, settles to short-lived happiness with his third queen, Jane Seymour.

Cromwell is a man with only his wits to rely on; he has no great family to back him, no private army. Despite rebellion at home, traitors plotting abroad and the threat of invasion testing Henry’s regime to breaking point, Cromwell’s robust imagination sees a new country in the mirror of the future. But can a nation, or a person, shed the past like a skin? Do the dead continually unbury themselves? What will you do, the Spanish ambassador asks Cromwell, when the king turns on you, as sooner or later he turns on everyone close to him?

With The Mirror and the Light, Hilary Mantel brings to a triumphant close the trilogy she began with Wolf Hall and Bring Up the Bodies. She traces the final years of Thomas Cromwell, the boy from nowhere who climbs to the heights of power, offering a defining portrait of predator and prey, of a ferocious contest between present and past, between royal will and a common man’s vision: of a modern nation making itself through conflict, passion and courage.