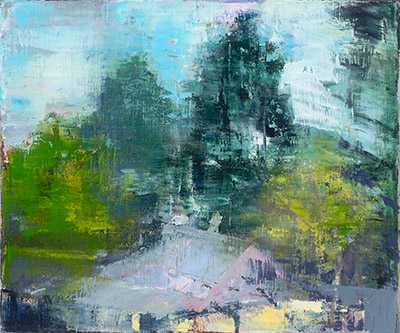 Susan Baird creates poetic paintings that capture the essence of Australian environments. Often created en plein air, her works canvass the vicissitudes of the natural world, springing as much from physical topographies as they do from psychological, emotional and spiritual affiliations.

Susan Baird has chosen to donate 100% of the proceeds from this work to the NSW RSF - Firefighter Samuel McPaul Family.

Volunteer firefighter Samuel McPaul, a member of Morven Rural Fire Brigade, was tragically killed while on duty at the Green Valley fireground east of Albury NSW. Samuel leaves behind a loving wife, Megan, who is pregnant with their first child, due in May. The NSW RFS has created a dedicated bank account to collect donations. All funds received will be distributed to Samuel’s wife, Megan, to provide for their baby’s future.