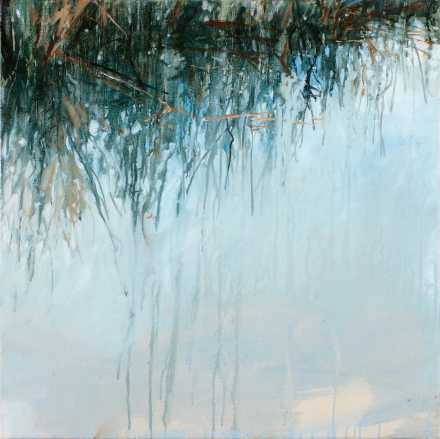 Danelle Bergstrom creates wildly evocative landscapes that pictorialise the artist’s lived experiences, personifying the land as a vessel for emotion. Autobiographical expressions of recent experiences in Hill End, Australia, and Åland, Finland, her meditative and transformative paintings invoke a broad emotional and psychological exploration of environment, functioning as revised narratives – tangible footprints along well-trodden roads winding through the artist’s memory.

Danelle Bergstrom has chosen to donate 100% of the proceeds from this work to NSW Wildlife Information, Rescue and Education Service (WIRES).

WIRES (NSW Wildlife Information, Rescue and Education Service Inc.) has been rescuing and caring for wildlife for over 30 years and is the largest wildlife rescue organisation in Australia. In WIRES history they have never seen a concurrent series of emergencies events like those that began in November. Hundreds of fires over weeks have burnt over 4.9 million hectares of land in NSW alone. Many animals were already struggling with a lack of water and food due to the drought. With the fires destroying unprecedented amounts of habitat, food shortages have increased and lack of suitable habitat will be a significant long-term challenge for surviving wildlife.