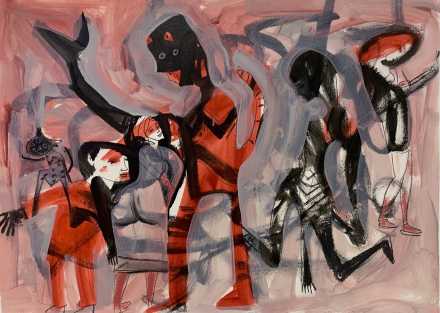 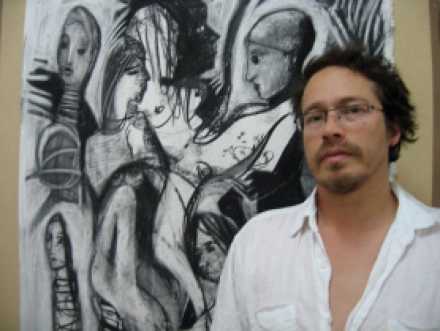 “I would stare into them [artifacts] and find myself transported to other dimensions, times and spaces. Everything was talking to me especially clouds and shadows, they seemed to describe a space between reality and fantasy, filled with adventures.”

Carlos Barrios began painting figures and creatures from his imagination at the age of six. However, when he was ten, civil war broke out and Barrios found himself illustrating the horrific scenes of war.

“The civil war began when I was ten and lasted over ten years. In this war time madness and normality coexisted. Many nights the electricity was cut and in the candle lit spaces of the house I saw creatures moving and watching us, so I would paint and draw them. As I worked I would watch my hand moving, creating the figures and creatures, I was the onlooker, the witness to this seemingly automatic unfolding of pictures, visual descriptions.”

The main focus of Carlos' artworks are to paint the good he believes is in everyone. This is the reason many of his paintings are filled with figures, “I must paint people”, Barrios explains.