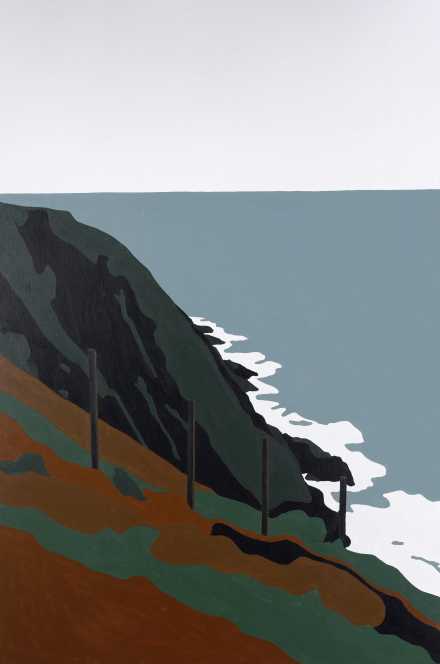 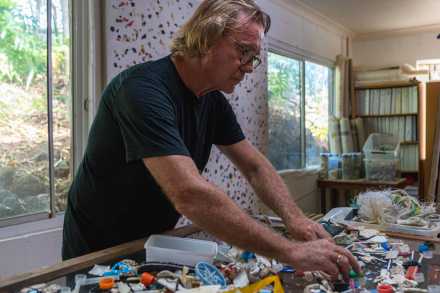 John Dahlsen is a contemporary environmental artist and author, based in Byron Bay for the past 30 years. He studied at the Victorian College of the Arts, University of Melbourne, and Charles Darwin University. He won Australia’s oldest art award, the Wynne Prize, at the Art Gallery of NSW in 2000 and was again a finalist in 2003 and 2004. In 2006 he was a finalist in the Sulman Award at the Art Gallery of NSW and has won other numerous awards. In 2004 his art represented Australia at the Athens Olympics.

He exhibits and is represented in major public and private collections in Australia and internationally. John is a published author: “An Artist’s Guide to a Successful Career” was published by Common Ground Publishing in the US in December 2013. His book “An Accidental Environmental Artist” was published in 2014 by the US publisher: Alpha Academic Press in the US. In 2014 John was awarded a Churchill Fellowship.

From 2014-2016 John lectured in art at Charles Darwin University in the Northern Territory, where he also completed his PhD, which was titled: Environmental art: Aesthetics, Activism and Transformation.

His environmental art examines the passage of time in the landscape and the place of humankind within it. He is currently a senior lecturer convening the Honours programme and lectures in Visual Art at the University of Canberra Southbank in partnership with TAFE QLD Brisbane campus.