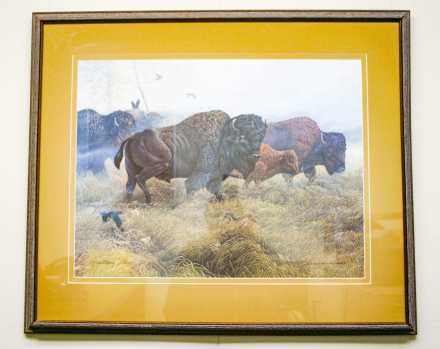 Born in 1950 in Whitney near Algonquin Park, Michael Dumas now lives on Buckhorn Lake in Ontario. He is best known for his huge contribution to the preservation of endangered species in Canada. This print, numbered 203 of 500, is an example of Dumas’ sensitive and detailed depiction of  Wood Bison, which was a species made almost extinct by the 1900s. Dumas' efforts to publicize the plight of these animals led to the protection and beginning recovery of the Wood Bison population in Western Canada.